The majority owner and operator of the plants desired to sell either the assets or his ownership portion. The ownership structure was complex with each plant owned by different unique investors, some of which were large oil and gas producers and utilities while others were unaffiliated with the business. Further, volumes in certain plants had been volatile and/or were in a declining trend while prices were impacted by local market pricing supply/demand dynamics and were also seasonal. Therefore, earnings were variable presenting a difficult task for buyers to underwrite.

We, along with Ten Oaks Energy Advisors, were engaged as merger & acquisition co-advisors to broadly market the assets. We solicited interest from a number of parties and received several appealing offers from credible buyers that set the indicative clearing price. However, given the ownership complexities, the owner elected to sell his position to an insider. We were able to negotiate a favorable buyout with this insider and consummate a transaction that satisfied the client's goals. 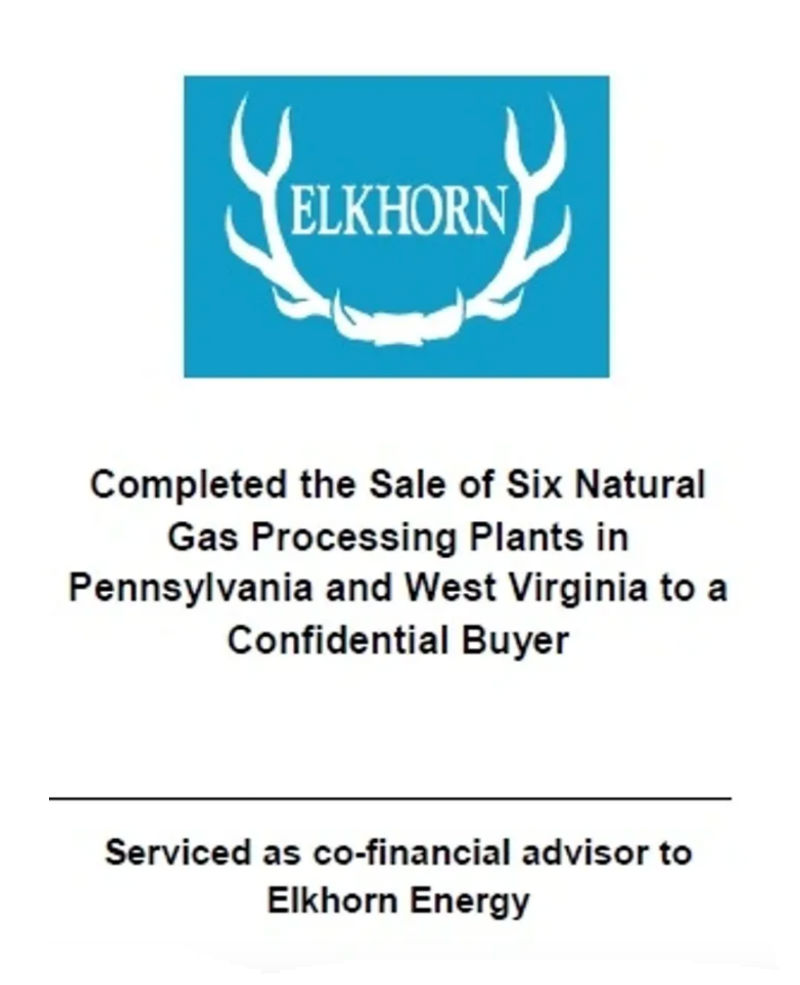